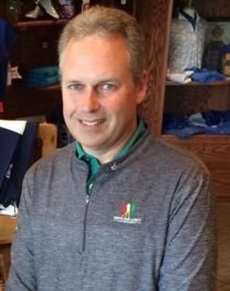 Dean Zahn has been the head golf professional at Moccasin Creek CC since 1996. A Class A Member of the PGA of America since 1992, Zahn won the Minnesota PGA Section Youth Development Award in 2016 and the Steve Weidner Award in 2009, an honor recognizing individuals who have made outstanding contributions to the game of golf and their community. The Dakota Chapter of the Minnesota PGA Section named Zahn its Facility Promoter Leader of the Year in 2015, Junior Golf Leader in 2006, Golf Professional of the Year in 2002 and Education Leader of the Year in 1999 and 2000. Currently the President of the SDGA Junior Golf Foundation Board of Directors, Zahn, in 2006, was the first golf professional to become a voting member of the South Dakota Golf Association Board of Directors. Zahn competed in the Senior PGA Professional Championship in 2017 in Scottsdale, Ariz., and has finished twice in the top-10 of the Minnesota PGA Championship.