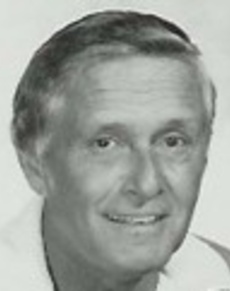 Hobe Richards became the 11th person to be enshrined in the SDGA Hall of Fame. Hobe’s long career in golf touched many lives across South Dakota. An accomplished player in his own right, winning the 1943 SDGA Match Play Championship and the South Dakota Open seven times during his storied career, he made his name through his tutelage of countless junior players. A longtime teacher in Webster and Huron, many of Hobe’s pupils went on to win SDGA titles. Among his stable of champions are: George Meyers, Rob Sondreal, Jim Entwisle, Dave Hanten, Jim Brinkman, Mike Bloomberg, Patsy Ehret, Rick Werner and H.L. Saylor III. Hobe coached the Huron High School boys and girls golf teams for 14 years and in 1974 the boys team won the State Championship. He was the head golf professional at Webster and then moved on to the Huron Country Club in 1958 where he remained the head professional until his retirement in 1981.