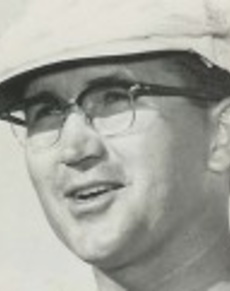 Phil Donohue was elected to the SDGA Hall of Fame in 1977, one of six golfers to be a part of the first class of inductees. The best player of his day, Phil won the SDGA Match Play Championship in 1949, 1960, and 1961. In addition to Phil’s three SDGA Championships, he was also the Match Play runner-up in 1951 and 1952, as well as the event’s medalist a total of six times. Once he became a senior, Phil dominated that division in South Dakota, winning five titles between 1969 and 1982 (including four titles from 1969 through 1973). An Iowa native, Phil played collegiately at Notre Dame and earned All-America honors in 1940. While at Notre Dame, he shot a course-record 5-under 67, one of six course records he established in five states. At the 1943 Texas Open in a field that included PGA legend Byron Nelson, he had the second-best scored among amateurs and also beat all the professionals in the tournament’s long drive contest. Phil qualified for the U.S. Amateur five times (reaching the semifinals once) and for the National Seniors once. Phil won the gold medal in the 75-over division at the national Senior Games in 1995. At the urging of former USGA executive director Joe Dey, Phil served as a USGA representative for 30 years, beginning in 1954 and ending in 1984. He was also instrumental in helping Meadowbrook Golf Course in Rapid City secure the 1984 U.S. Women’s Amateur Public Links Championship — the first USGA event ever contested in South Dakota. Phil helped organize the South Dakota Golf Association. He served on the Board of Directors from 1979-85 and was its president in 1983-84.