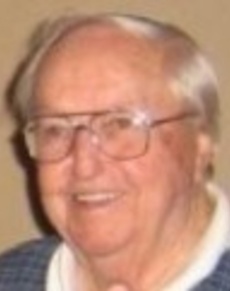 Robert Marchand became the 18th person to be inducted into the SDGA Hall of Fame, joining fellow Yankton products Laddie Cimpl and Indy Titterington in the hall. Bob started his career in Yankton in 1961 serving as both Head Professional and Grounds Superintendent. His first project at Hillcrest (then just a 9-hole club) was enlarging five tees and all the greens. In 1964 he started a very successful junior program which over the years produced many state champions. Bob and his wife, Toots, started the Bob and Toots Husband-Wife tournament that many clubs have copied through the years. The SDGA Husband-Wife Championship is an outgrowth of the Bob and Toots Tournament. In 1971 Bob oversaw the expansion of Hillcrest to 18 holes with an underground irrigation system and the planting of one thousand trees. In 1976, he retired as Club Professional to become full-time Superintendent. Bob was consulted on the construction of many local courses, and in 1983, he was instrumental in the reconstruction of number 16 and 17 at Hillcrest. Bob was also very instrumental in the formation of the Hillcrest Pro-Am in 1974, which remains to this day the biggest event on the Dakotas Tour.